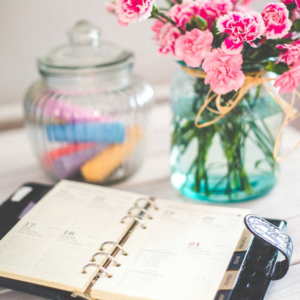 At its heart, conception is all about getting the right sperm to the right egg in the best place at the right time. Ovulation is central to the process. How much do you know about ovulation? Here are the basics:

During ovulation, the egg travels from the ovaries down the fallopian tubes to the uterus. If fertilized in that 12 to 24 hour life span, the egg will implant in the wall of the uterus. If not, it will disintegrate and be shed along with the rest of the uterine tissue.

When does ovulation occur?

Ovulation typically occurs about half way through a woman’s menstrual cycle. If a woman’s cycle is 28 days long, that means that 14 days after the start of her period, a woman will ovulate. So for instance if a woman begins her cycle on July 1, ovulation should occur around July 14.

It’s worth noting, however, that cycle lengths can vary from woman to woman within a range of about 23 – 35 days, and many women have slight variations in their cycles.

How can I tell I’m ovulating?

Women may notice some lower abdominal discomfort during ovulation, localized on the right or on the left. That’s the ovaries preparing to release the egg. The cervix – the opening to the lower uterus – becomes softer and mucus becomes clearer, thinner and more slippery. The vulva or vagina may swell a bit and become more sensitive, and sex drive may increase.

How can I make the most of ovulation?

The calendar, good recordkeeping skills and patience may be the most important tools for making the most of ovulation. Women should track cycles consistently for a few months to get a feel for their own cycles and symptoms. A variety of apps, online tools and kits are available both free and for purchase to help with tracking.

Women may also get in touch with their own bodies – literally. Getting to know how the cervix feels throughout a woman’s cycle and knowing the consistency of vaginal secretions is helpful in recognizing the signs of ovulation.

Sperm can live in the fallopian tubes for around to five days and eggs only have up to 24 hours to be fertilized after ovulation, so couples have just about a week each month of peak opportunity to conceive. Assuming a 28 day cycle with ovulation on day 14, the most fertile days of the cycle would be days 11 to 16.

It’s important to keep in mind that even under ideal circumstances, conception only occurs about 20 percent of the time. Couples trying to conceive should not be surprised if it takes several months to conceive.

However, if you have been making the most of your most fertile times for at least six months but have not yet conceived, it may be time to talk to a fertility specialist. We’d be happy to schedule a consultation with you. Give us a call at 615-721-6250