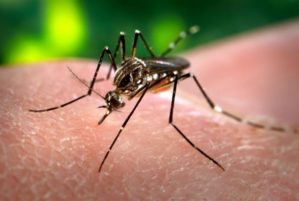 Many concerns have been raised about the potential threat the Zika virus poses to pregnant women and the children they are carrying.

Here’s what you need to know if you are trying to get pregnant and are concerned about the Zika virus:

How is Zika transmitted?

But transmission can also occur via unprotected sex. Zika virus can be passed through vaginal fluids and semen, and it remains in semen longer.

Infectious Zika virus has been detected in semen collected from men as many as three months after they began showing symptoms of infection. There have also been cases where asymptomatic men transferred the infection to their partners via sexual contact.

What risks does the Zika virus pose?

Pregnant women infected with the virus can pass it along to their unborn children. While Zika typically only causes mild symptoms in adults (fever, rash, joint or muscle pain, headache, conjunctivitis), it can have a devastating impact on the developing fetus, causing profound brain defects such as microcephaly.

Where is Zika a risk?

Two types of mosquitos carry the virus: The Aedes albopictus and Aedes aegypti. These mosquitos live in tropical, subtropical, and temperate climates. In the United States, their range dominates the southern states, including Kentucky.

Click here for an interactive map and Zika-related recommendations.

What precautions should I take?

If you or your partner live in or travel to an area where Zika is a risk, you should take these precautions:

Couples may want to consider banking sperm in advance of travel to high-risk areas if they don’t want to wait to try to conceive. Men should then follow the guidelines above and avoid unprotected sex for at least six months after last possible exposure or symptoms.

Couples using donor eggs or sperm should be also be aware that the FDA issued guidelines in early 2016 recommending that clinics screen potential donors for Zika exposure risk.

What if I do become pregnant, and I have been exposed to the Zika virus?

Pregnant women who have been exposed and show symptoms of Zika should be tested for the virus. The fetus will be monitored for possible risks throughout the pregnancy.

It’s also important to keep exposure and risk in perspective. Even if a woman who is pregnant becomes infected with Zika, that doesn’t necessarily mean her unborn child will be affected and will suffer profound birth defects.

Trying to conceive can be a stressful time, and added concerns about potential risks can add to the burden. We’re glad to discuss your concerns or answer your questions about the Zika virus with you.